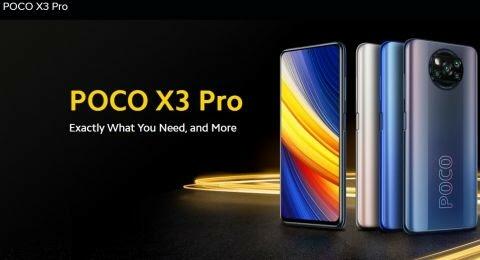 Poco is preparing to launch its latest smartphone, the Poco X3 Pro. Of course, this is the "Pro" version of the Poco X3 NFC which was previously released at the end of 2020. And recently leaks regarding the specifications of the Poco X3 Pro have surfaced.


Poco X3 Pro is on the e-commerce site Shopee Vietnam. On the site, you can see an image showing the shape of the Poco X3 Pro, complete with leaked specifications offered.


The design displayed by the Poco X3 Pro is still similar to the Poco X3 NFC. Namely with a punch-hole screen on the front, while the back brings a glossy look with a round camera module frame.


However, the specifications are certainly different, where the Poco X3 Pro will reportedly use a Snapdragon 860 SoC, with a 6.67-inch 120Hz screen, UFS 3.1 Storage, and a 5160mAh battery capacity.


Snapdragon 860 itself has never been officially released by Qualcomm, there are only some reports that the SoC has been developed as a Lite version of the Snapdragon 865. It could be that this SoC will be launched together with the X3 Pro.